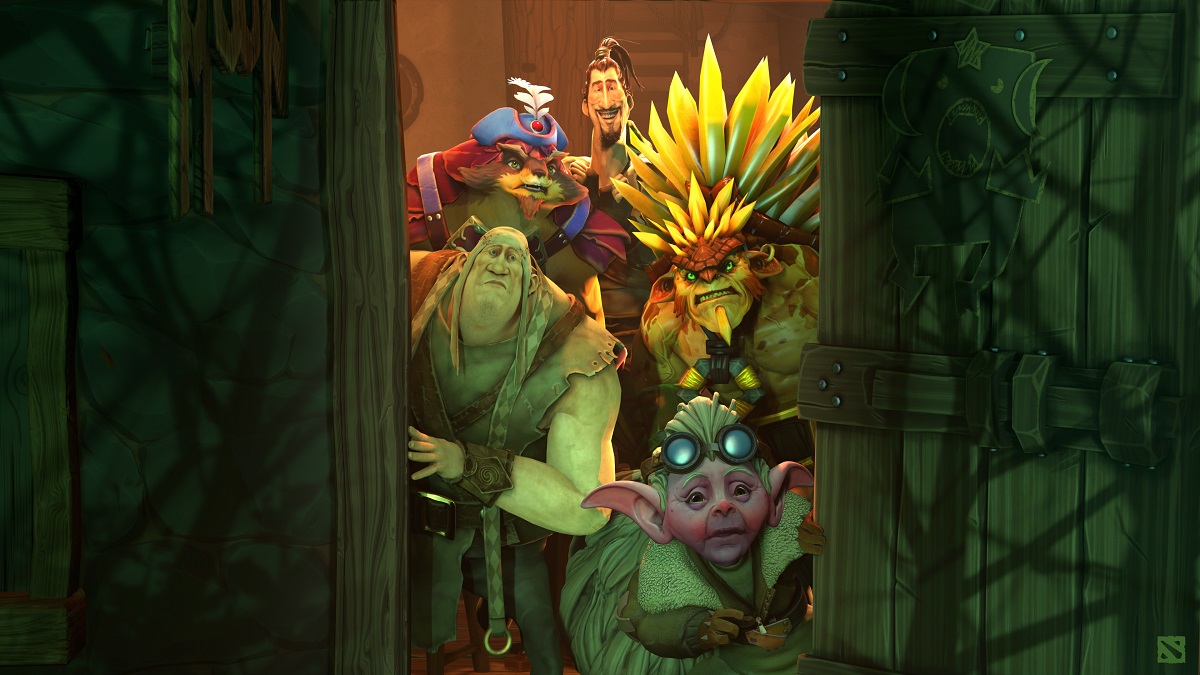 This week is going to be a little bit harder to pull off: the amount of quests that can be completed in co-op bot matches has been reduced, so there are no longer one or two-game freebies. That said, there is at least one quest that couldn’t come at a better time.

Nothing really to discuss. On most meta supports like

침묵술사, your average damage should be around ~20k in a regular game. On a core hero it should be even higher. Also note that this does not assume winning games, so the quest should more or less complete itself.

If you ever find yourself pressed for time, you can look at the highest damage dealing heroes tab on Dotabuff. Though we have to warn you: playing the top two heroes from it will degrade your soul.

This is a quest that can be completed in a single carry game, so there are very few reasons to be afraid of it. A couple of decent core games or ten or so support games should also finish it with ease.

We would suggest not thinking about it too much and concentrating on the “Winning” part of the quest.

This one can be completed in co-op bot matches, but bots are notoriously bad courier users so it might be easier to do the quest by just playing a lot.

Having vision in the enemy triangle area and understanding when they might send a courier to the Secret Shop could be a good way to progress this quest. A deep lane ward is also something to consider.

More importantly, since you know most players will be trying for courier snipes and might be placing those deep lane wards early on, you might get a couple of free dewars in your games. It doesn’t progress the quest, but it absolutely gets you closer to victory.

25000 might seem a lot, but it really isn’t. More importantly, this quest will most likely be very beneficial to a lot of players, since they will get to try two of items that were quite substantially buffed in the recent patch.

These two defensive items were often ignored, even in higher level games. There were good reasons for that: both Pipe and Crimson were pretty bad, especially when compared to the previously overpowered Wraith Pact.

Right now there is a reason to purchase both. Pipe is probably the best magic damage-mitigating item, simply because applying Mage Slayer can be tricky, while Wraith Pact no longer provides any defense against Magic or Pure damage. For the Pipe bearer, it increases the Magic Resistance to around 55%, which can completely nullify the effectiveness of the enemy nukers. The 15% aura on it is also pretty substantial, and the 450 magic damage barrier is essentially 2250 extra HP for your team.

Crimson wasn’t buffed quite as much, but getting an early extra two Armor can be quite noticeable on low-Agility heroes. The Damage Block on it was also buffed a couple of patches ago. Most notably, it is the best item in the game against

비사지. If you go to the meta tab on Dotabuff, sort by win rate in Divine+ games you will see these three exact heroes featured at the very top. Players ignoring Crimson Guard might not be the biggest reason for it, but it is definitely one of the reasons.

Left From Dead - Pick up 50 Treats dropped by Greevils

As much as it pains us to admit, but playing Diretide this week feels more optimal than quickly finishing your quests in co-op bot games. This quest can be fully completed in a couple of games, perhaps even one, and since it doesn’t have a victory requirement, we advise players to go for it. It makes absolute sense from the “time spent per weekly quest stars earned” standpoint.

With five stars from the Diretide quest, we feel like earning the other ten shouldn’t be too much of a problem. Good luck and have fun in your Battle Pass endeavors and may Candyworks grace you with Arcanas and 25 Level Bundles.