Another patch, another new game to learn. In the 7.23 patch, radical changes were introduced by Valve who is no stranger to radical shifts in the game. After several small patches to fix some issues, the 7.24 patch arrived and it brought more changes to deal with.

This patch seems like further iteration and refinement on the changes in the 7.23 patch. In this article we’ll be looking at some of the more interesting changes that effect gameplay.

When the 7.23 patch came out, many people were focused on the neutral item changes thinking that they would totally shift the balance of the game. Turns out the neutral items weren’t nearly as influential as everyone thought.

What did go under the radar though were the Outposts. As people played more and more games it became apparent that the major change of the patch were the Outposts. It forced coordinated movements across the map to capture new objectives that influenced XP gain which influences the power spikes of heroes.

So, with new changes in the 7.24 patch, only time will tell which changes are hugely influential and which are forgettable.

All GPM talents were removed. Heroes effected by this change are:

And many more as this list goes on and on. A total of 27 heroes had GPM talents that will be changed to another type of talent.

GPM talents were mostly for support heroes to help them scale into late game as well as improve their quality of life as a support buying wards, smokes, and dusts.

This seemed like an easy solution to the economy problem but as Cptn.Canuck mentioned in his article about Dota’s economy, the GPM talents were easy answers to the issue of Dota’s economic inflation.

With this change, it seems as if Valve is recognizing that simply increasing the passive gold of heroes isn’t the right solution to a larger inflation issue. Expect more changes to Dota’s economy in the future as Icefrog and co. continue to learn about Dota’s economy.

With 27 heroes being affected and new talents being added, this will undoubtedly affect the game in unseen ways. Some talents will emerge as overpowered and some will as underpowered.

Earth Spirit’s +3.5s silence increase is huge. That would make it a total of 7s of silence which put simply, is a long time, and it works in an AoE. A 5 man Geomagnetic Grip at level 20+ is stronger than a Global Silence.

Shrines are removed and the Outposts were moved to the primary jungles.

I’m personally a fan of this change because it promotes more aggressive Dota play.

When shrines were first introduced, they were in the high ground. This made pushing high ground much more difficult because teams could heal for a large amount of health while the enemy was trying to attack an already disadvantageous position. This led to drawn out games where high ground sieges were very risky which resulted in cheesy strategies like abusing illusion based heroes to attack high ground.

With shrines in the jungle, the same thing applied. Teams were afraid to attack into the enemy jungle because shrines made it harder to win fights there. Teams would simply avoid a part of the map because it wasn’t worth the risk.

Now with shrines removed and the Outposts replacing them, this promotes more aggressive plays from both sides. Outposts are hugely influential in the power spikes of heroes and provides free vision.

I like this change because I like PvP Dota more than PvE Dota and this promotes that.

It seems as if Valve is pushing the limit of changes and then scaling them back after realizing they went too far.

I’m not too sure what to expect with these changes. The backpack increase mostly benefitted late game carry heroes that love having as many items as possible. Naga Siren, Medusa, Spectre, and Tinker players probably loved those changes but they were benefited disproportionately.

While supports were content with their GPM talents, carries continued to scale harder and harder.

Neutral items seemingly benefited supports because they got free items and cores would give them items that they didn’t need.

I personally don’t think neutral items were too influential in the game before but now they’re even less influential. Maybe Valve decided they wanted it this way.

I’m personally a fan of the changes in this patch. I didn’t like the direction 7.23 was headed in but 7.24 shifted the direction towards somewhere I’m liking.

Shrines being removed and Outposts replacing them promote more fighting and aggressive jungle raiding. GPM talent removal forces supports to be more mindful of their game play. The item slot changes nerfs late game carries slightly. These are all changes I like.

What do you guys think of this change of direction? Is Dota heading down a path you like, or did you like where 7.23 was taking the game? From patch to patch I liked all changes, but the only thing that worries me in the last half of the year is the online statistics
https://steamcharts.com/app/570
Just imagine what the influx of online would be like if the changes in matchmaking and the games that are happening now would happen in 2017

Due to dire advantage of rosh access due to outposts, Im sure they will move outposts back to the side lanes. Without shrines, this means you cannot teleport to access the jungle. So once the opponent has captured both outposts, all they need to do is to camp the opposite side and you are blocked. This means, either you stomp the opponent or you get stomped.

The obvious consequence is the squeezing of winrates across the board. Teamfights become even more important and it is now impossible to rat. No Techies in gpm talents change what hero is on the background.. ember and who? ^
Must be either Bane or Spectre imo some heroes are still unplayable and i actually forgot they exist 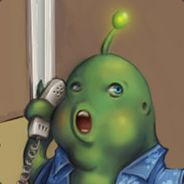 Yeah its a good change.

It now punish support who refuse to support, starving his/her core and ultimately cost the game.

Previously support is carefree about their carry's farm because of GPM and neutral items, they can be another core, well, not anymore.

Assist gold should be skyrocketing soon. Agree with most of this, however I would posit that the section stating -

Misses the mark. By far this nerfs supports more than carries, in most gameplay carries would only be using 1-2 neutral items through the mid game and 1-0 items lategame as their farmed allowed them to get items which were much more impactful. A support stacked with a Net/Craggy in lategame, or 2-3 utitlity items, while still having the ability to carry dusts and free wards made the patch a support insanity.

Both the backpack, the neutral nerf, and the GPM/XPM talents all point to Dota wanting brawl heavy that FORCES cores to play together early in a brawl style. For a period the brawl could be carried by supports for a higher period of the game, these recent changes are going to force cores to play the map as supports will be much weaker than 7.23.

Well written and appreciate your thoughts.

Actually we got 7 item slot now. I will have more room for small item in mid game now. So overrall it is a buff for all hero. 1 slot for neut item mean u shoud throw it in vaul for ur team. So it good for gameplay becase It save time and make all happy.

Tanky support like turska or undying can simpy bring 3 or 4 bracer in mid game . That fucking tanky.

And background is ember and spec i think.