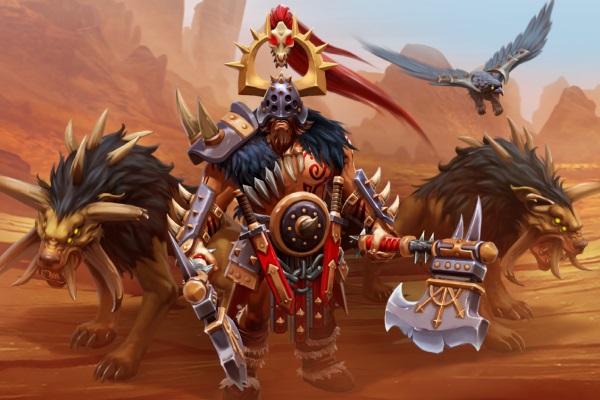 For the first time in a few years, there has been a pretty big shake-up to the basic structure of mid lane Dota. The lane is less random thanks to the delaying of power runes until six minutes. The consistent Bottle refills from Water Runes and 3-minute Bounties have also removed a lot of the potential for early pressure as well. At the moment, there appear to be a few different ways to maneuver the mid lane meta. We're going to review the top mid heroes of 7.29.

퍽 is about as quintessential a mid hero as it gets. The archetypical ganker, Puck’s ability to play aggressive ramps up at an alarming rate. Even after several rounds of nerfs, the hero is simply too reliable for impact in basically every potential game state. Puck can split push in bad games, snowball is good ones and provides a consistent team fight threat from minute six onwards. Witch Blade seems to have truly unlocked Puck’s potential as a tempo controller for the foreseeable future.

타이니 got the old Icefrog treatment in the last year or so. A perennially relevant hero, he was nerfed so many patches in a row it forced him out of the meta. Briefly. Icefrog quickly rectified this mistake by giving Tiny a brand new Aghanim’s Shard that allows him to regain his carry potential. The current Tiny seems to be a well-rounded mix of early magical burst and a nicely scaling right click beast as the game progresses. Tiny’s burst damage might not be quite as oppressive as before but he will still easily pick off back line supports and then shred towers after the fight is over.

바람순찰자 has always been a niche pick for those players who enjoy playing heroes with annoying designs. This redheaded menace has often been kind of a throwy pick that gets kills but struggles to win the game. The pace of play has begun to favor Windranger more and with several rounds of buffs she seems to be finding a spot as a hero killing pseudo-carry. Oh yeah, and for some reason, Icefrog gave her Ancient Apparition’s ultimate for 1400 gold. Come on you cold-hearted toad!

레슈락 is kind of like a sports car. This is the mid hero for players who want to go fast and get into the action quickly. Unfortunately, speed comes at the cost of durability, and Leshrac can be an expensive hero to keep alive and running at his opponents. Few heroes offer greater damage output in the early to mid game or can take towers quite as effectively as Leshrac. Even with new items such as Eternal Shroud to boost his tankiness, Lesh is a hero best played with a friend who can grab some sort of saving support to bail you out of danger.

암살 기사 represents the other side of the mid lane meta. Even though safe lane seems to be trending towards late-game greed, there are some games where you can still run a carry mid. With all the extra resources available from Water Runes and Bounties, mid lane can devolve into a simple game of pushing the wave out and farming the jungle. This is TA’s dream scenario. Ancients stacking is as good as ever and Roshan has gotten significantly more important as an objective to take early, thanks to dropping an Aghanim’s Shard on the second spawn.

거미여왕 seemed like a dead hero upon first reading of the patch notes. However, it appears that we were all mistaken and now live in an arachnophobe's worst nightmare. It turns out that when you take one of the most ridiculously strong mid game heroes and buff her early game you get a monster. One of the worst parts of playing Broodmother early on used to be trying to keep your spider babies and yourself alive. The true power peak of the hero didn’t come until you had amassed a huge Spiderling Army and were tanky enough to dive towers at will. The reworked Broodmother doesn’t have to worry about feeding extra resources in the laning stage anymore and has her old ultimate, essentially Satanic on demand, as a basic ability now. Neat!

It was only a matter of time until

원소술사 popped back into the meta in a big way. The full arsenal of options appears to have been opened for Invoker over the last few months. Sometimes playing an active early role with Urn of Shadows and Witch Blade is the name of the game. Other times, great setup from popular heroes like Legion Commander and Faceless Void mean that a greedy Midas is called for. 7.29’s change to give Invoker extra stats for his orbs means the hero just does a little bit of everything better and he was already pretty darn good.

It seems impossible at this point to discuss the mid lane meta without mentioning one or more of the Spirit brothers. It’s almost as if the Spirits have their own revolving meta within the greater meta of the game. In the past, Earth has rolled over the competition. Sometimes Ember reigns supreme. Other times it’s Storm who casts a shadow of fear over the map and most recently Void has flourished in the fight for mid lane mastery. You already know what sort of presence these boys add to a game so let’s just rank them in order of power at the moment:

폭풍령 - Enough resources to survive and farm into a strong mid and late game.

공허령 - Too many nerfs but still one of the most reliable gankers in the game.

불꽃령 - Trending upward after some buffs and as comboing heroes like Grimstroke become meta again.

야수지배자. Or should we say Axemaster? Little did we know that our joyous freedom from the tyranny of Necrobook would become a Hellish and barren landscape devoid of trees. Even after several nerfs to the Aghanim’s Scepter/Wild Axes build, Beastmaster has continued to give mid players carpal tunnel syndrome from mashing their Q key to victory. It really feels like the hero has completely lost its old identity and it’s hard to say what changes could be made to bring back one of Dota’s classic micro heroes. Instead, we now have an overpowered spellcaster who could literally be ported to a mobile phone version of Dota without any difficulty.

Genuinely curious to hear what you all think of the mix-up in the mid lane meta in the comments down below!

Gawd I hope you're wrong about Brood making a comeback... I hate that hero... so hard to deal with a good brood player in the "zero communication, total chaos" environment of solo queue.

Will be interesting to see if Tiny makes a comeback to mid, feels like years since i've seen tiny mid.

Random off-topic question:
Has Dotabuff ever done a "how to" guide to Turbo mode before?

I know a lot of people who only play turbo mode (I play 90% Turbo) and it would be quite interesting to see your guys' take on how one needs to adapt in terms of hero picks and playstyles etc.

I thought Grim and Viper would be mentioned, as well as Sand King.

Templar is quite useless now, especially with a barrage of damage over time spells from aghs and shard. Tiny is quite bad still, easy to harass and requires a very good babysitter in lane. As for Axemaster, he got those nerfs he deserved, but is in a very weird spot and probably more suited for pos 3 or 4.

Beastmaster was still much stronger when he could build both aghs and necrobook. Now, he only has flying axes which most pple do not know how to use well. You actually need to be close to yr opponent in order to cast those axes in rapid succession, which requires a lot of skill to pull off. Beastmaster agh nerf is a lie tho, he still broken 0 talk about what I believe are the real powerhouses of the mid meta right now: Lane dominators.

Gankers have a much harder time applying early pressure than they did in 7.28 and prior. Bottle feels good now, but the heroes that traditionally bought it aren't in the best place outside of maybe Storm Spirit. Playing Puck or Void Spirit like I did last patch, I don't feel like I have as much weight to throw around. I'd much rather just sit mid and take towers while the enemy has to commit more time and resources than they used to gank side lanes. If you can't gank until 6 minutes and you have no lane, what do you do mid?

The damage nerf to beastmaster aghs in teamfights and in taking rosh is negligibe, but it did nerf his insane farming speed at least. Still too good of a hero for anyone that knows how to micro the boar If I see brood come back into meta Im going to lose my mind. there is nothing you can do to deal with her if you are facing a good brood player. @dreadnought325 yea, legend 3 opinion for sure.